Twitterizing the classroom is a passion of mine. This past weekend, I had the privilege to present this idea, and others, to some great Bay Area educators at the Krause Center for Innovation. Click here to access my resources. One of the first steps towards twitterization of your classroom is to teach students the power of the hashtag. I like to use hashtags as a method of helping students make connections between content and personal life. I always show students a hashtag skit from The Tonight Show with Jimmy Fallon to set the tone.

The first example I use has to do with the Civil War and Nicki Minaj. A few years ago, I taught a mini lesson on the Union's Civil War battle strategy. It was creatively called the Anaconda Plan. In a nutshell, the Union, like an anaconda would surround it's prey, the Confederacy, and slowly close in. The strategy was to suffocate the Confederacy and cut them off from help until they "tapped out" and gave up.

After teaching that mini lesson, 5-7 minutes in length, I had the students "hashtag it."  Their job was to think of things in their lives or pop culture that were similar to the "boring history" they just learned. I instructed them that as long as they can explain the connection, it counts. During the lesson, a group of boys were giggling the whole time. I didn't get mad because I knew they had made a connection and could wait to share. When it came time to share the hashtags, they went first.

Their first hashtag was #MrFesperman. Mr. Fesperman was their 7th grade biology teacher. They explained that it was in his class when they first learned about anacondas. Their second hashtag was #UFC. They explained that they were fans of the Ultimate Fighting Championship and the Anaconda Plan was designed to make the enemy tap out just like in a UFC fight. Their third and, at the time, most bizarre hashtag was #NickiMinaj. Their explanation consisted of them singing Nicki Minaj's song Anaconda.

It was the Nicki Minaj hashtag that stuck seemed to be the most powerful. When it came time to review, I used the Nicki Minaj hashtag to create the meme above. I flashed it on the screen and within seconds, every student remembered the Anaconda Plan and how it worked
. From that point on, I decided student hashtags would become fodder for student-generated memes. They would create the memes, not the teacher. Engagement and empowerment skyrocketed. Students "competed" to see who could come up with the most clever connections in their hashtags and memes.

Now that I am back in the classroom, at least part time, I am resurrecting the hashtags and memes. Today was my maiden voyage back with this strategy. Our lesson today was about the American Revolution. A story I told was about the Battle of Trenton and Washington crossing the Delaware River to attack the Hessian mercenaries who had been drinking all night Christmas Eve. I explained how the Continental Army needed to be creative and smart in fighting the British. They couldn't use conventional methods if they were to stand a chance. Washington's plan to sneak attack the Hessians after a night of drinking was a creative strategy.

A young lady in my class wrote the hashtag #HomeAlone. She explained that in the movie Home Alone, the main character had to defend his home very creatively on Christmas Eve. Another student used the hashtag #pizza. He explained that the American Revolution caused a domino effect of revolutions across the world. This made him think of Domino's Pizza. I plan to begin tomorrow's lesson with a review of today and I have a few memes in the making with Home Alone and Domino's Pizza for them. I am curious to see how well they remember. Stay tuned. 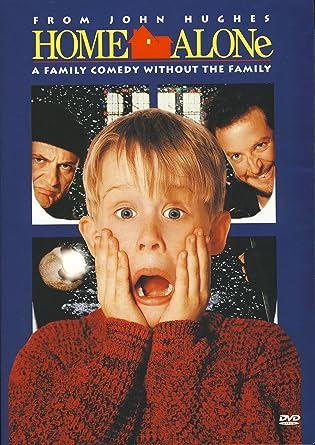 Posted by techcoachjuarez on September 26, 2017