Meet Andrina. At five years old, she's the youngest of my three daughters. Her sisters Ashleigh and Arielle are ages seven and six respectively. Andrina has a mild form of autism that has made it difficult for her to communicate verbally. Since she was diagnosed, we have looked for ways to help improve her verbal skills. Andrina's school has been a tremendous help. Her sisters and stepbrother are very patient and understanding. 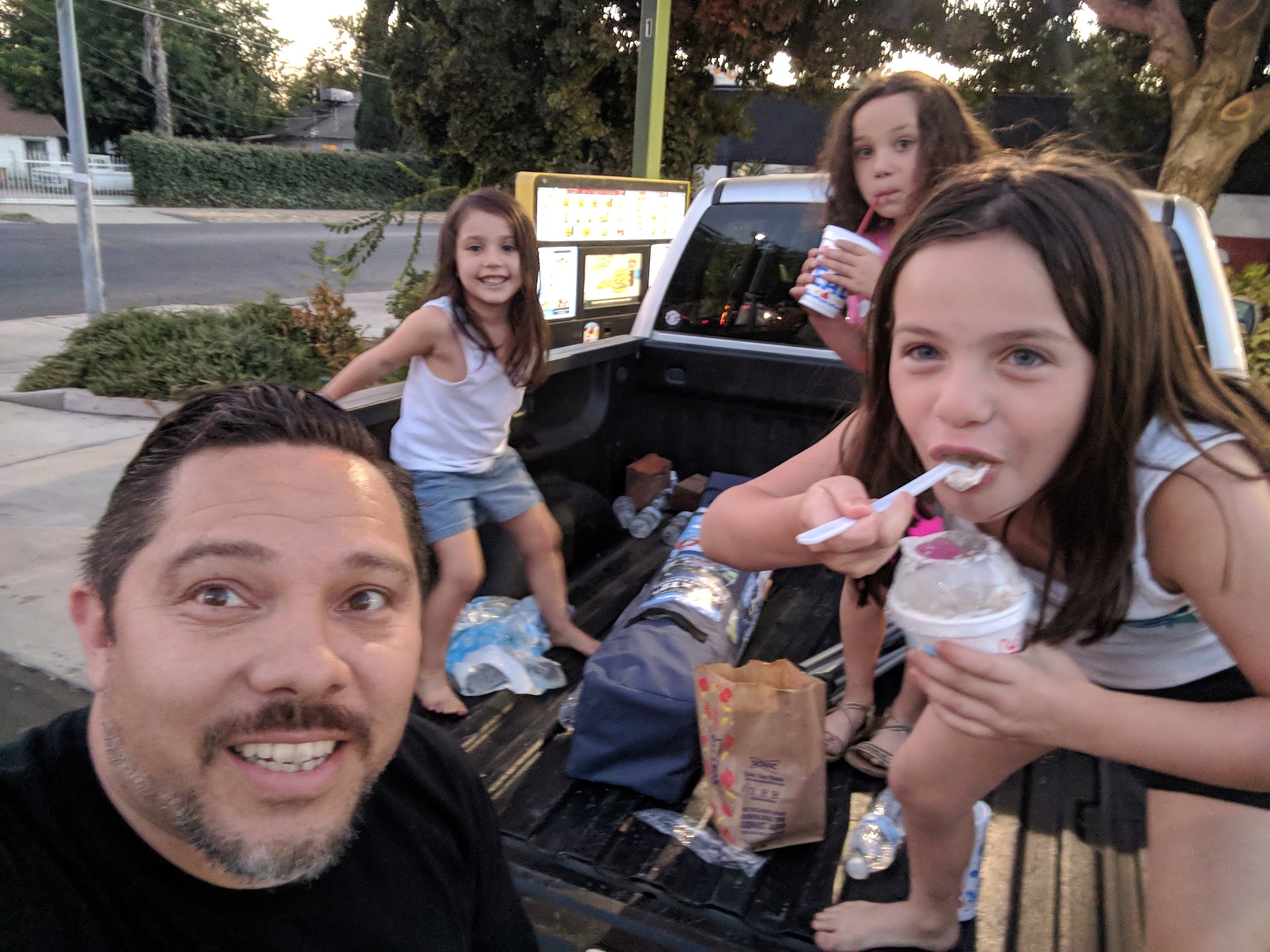 To our astonishment, an impulse purchase has dramatically helped Andrina improve verbal communication and articulation of words. This past summer, the Lenovo Smart Display with Google Assistant was released. As a Google Certified Educator, Trainer and Innovator, naturally, I was chomping at the bit to get this new Googley gadget.

It was a great addition to our home. With the exception of the living room, each room of the house, garage included, already had a Google Home Mini. The Lenovo Smart Display filled the void in the living room. With every room now equipped with a Google Assistant enabled device, the broadcast function made it easy and fun to communicate with the entire family throughout the house. Anywhere in the house, conveniently, we could say "Ok Google" to get answers to questions, play music or play videos on the nearest TV.

Observing all of our conversations with Google Assistant, the whole time, was little Andrina. She soaked it all in like a sponge. Andrina is an avid fan of Peppa Pig and the YouTube Channel Super Simple Learning. I became excited when she began to verbally asking her sisters, stepbrother, stepmother and I to put her favorite videos and cartoons on the TV. To accommodate her request, we would speak to the nearest Google Home speaker and tell it to play the requested video or channel on YouTube on the nearest Chromecast enabled TV.

After months of observing this behavior, Andrina began trying to do it herself. At first, her requests to Google were denied as she wasn't able to properly articulate the commands. Undaunted, she kept trying and trying to get Google to play her favorite songs and videos. Every once in a while, her requested songs would play on the speaker. The look of accomplishment on her face was priceless.

Getting her favorite videos to play on the nearest Chromecast enabled TVs were a different story. To accomplish this, the verbal commands are more complicated. For her favorite song, all she had to do was simply say "Ok Google, play We Will Rock You" and it played. For the videos, she would have to say the name of the video, the service and the name of the Chromecast enabled TV she wanted to view it on. For example, to request a Peppa Pig video, she has to say "Ok Google, play Peppa Pig on YouTube on Girls Room TV."  Initially, her inability to articulate that entire command prevented her from requesting videos like the rest of us in the house.

One Saturday afternoon this fall, I saw Andrina's door was closed. I went to go check on her and when I opened the door, she was watching and singing along to "Hickory Dickory Dock" by Super Simple Learning on YouTube. Her sisters were playing outside and her stepbrother wasn't there to command YouTube to play that video. She'd done it herself.

With Andrina's newfound sense of accomplishment, she figured out the Lenovo Smart Display was easier to command. She learned, with this device, she no longer had to tell Google which TV to stream the video to. The device could play the video right there on the display. Knowing this, the first thing Andrina does upon coming home is sprint to the display and command it to play the songs and videos she loves.

The beauty of this story, for me as an educator, is how Andrina used formative feedback from Google Assistant. Every time she didn't properly articulate her command, Google Assistant would respond by saying it didn't understand. This forced Andrina to resiliently repeat herself until she articulated the command so Google Assistant could comprehend it.

Andrina's improved articulation has helped lessen her frustration as she previously struggled to communicate her wants, needs, feelings and emotions. No longer does Andrina struggle letting us know what she wants. Her teachers have seen the improvement as well, and it's very likely she will be full-time mainstreamed next year.

This story speaks to the power of authentic, formative feedback. Formative assessment should not be something you put in a school data system to be analyzed days later. True formative assessment happens on the spot and guides your next steps within a lesson whether it's whole class, small group or individual. For me, the best formative assessment looks like the feedback a coach gives an athlete in training or during a game. In my house, Google Assistant was the coach and Andrina was the athlete. The feedback she received was on the spot and immediate. Her next actions and step were directly influenced by that feedback. Imagine if the same was done in our classrooms.


Posted by techcoachjuarez on February 15, 2019